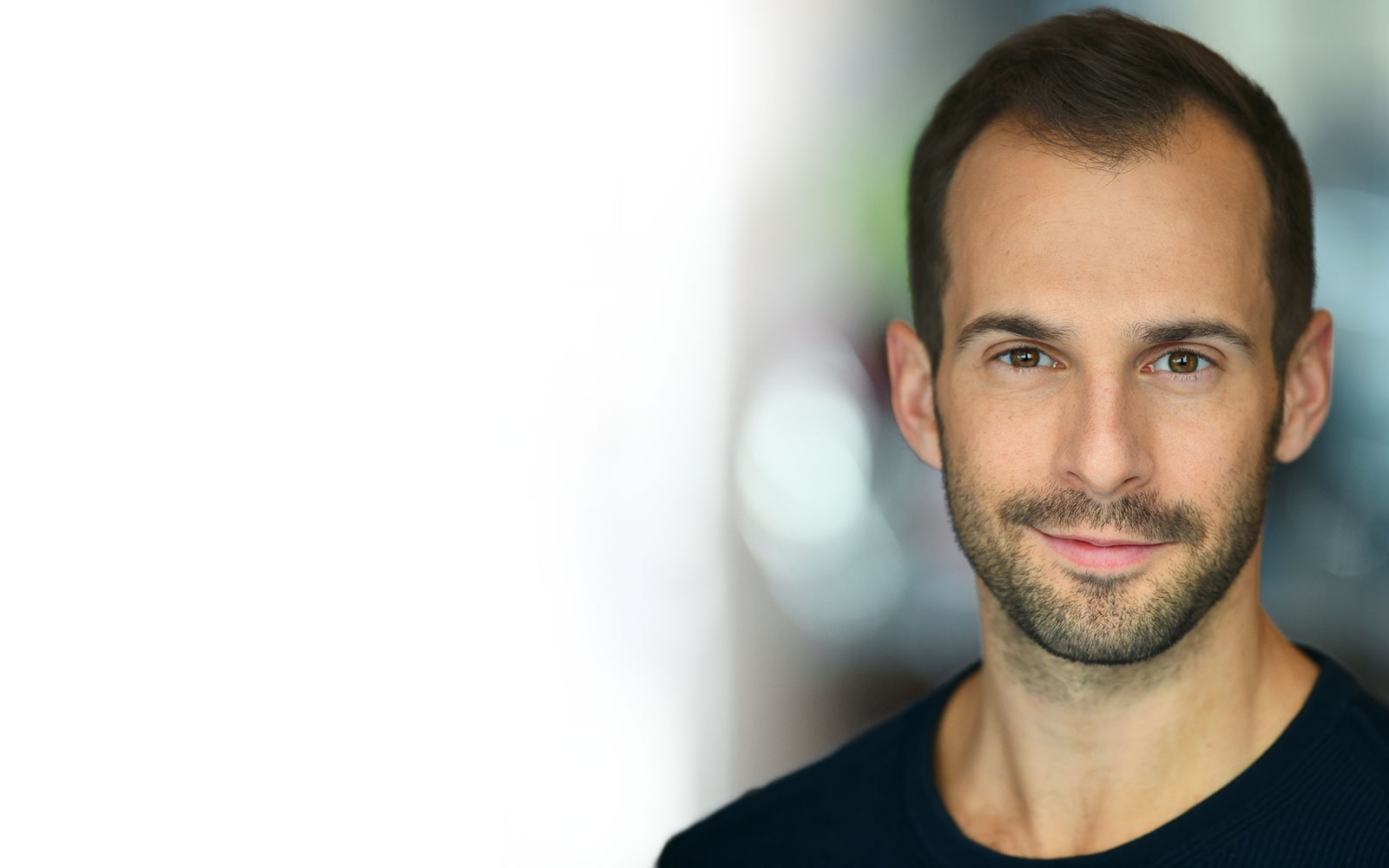 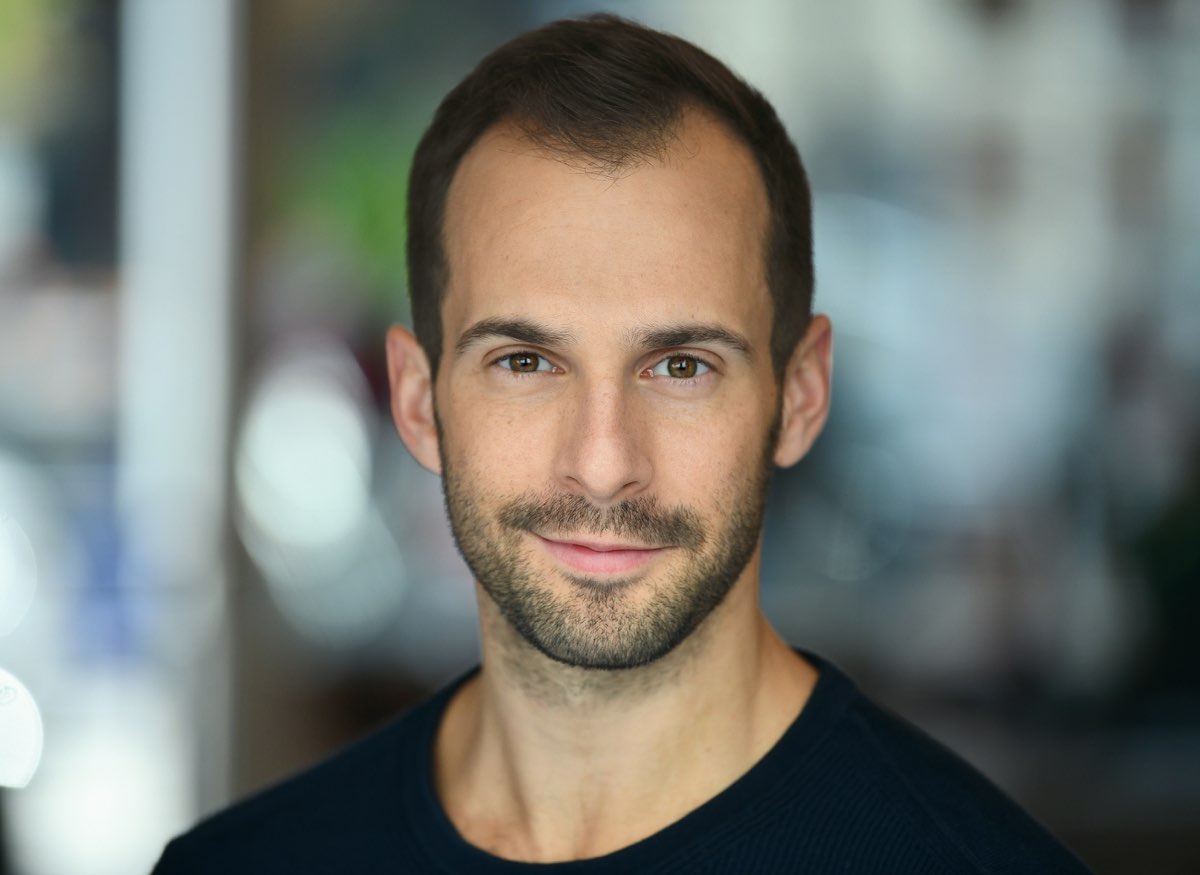 Welcome! I'm a NYC based actor and stunt performer. You'll find updates on my latest projects, credits, and contact info. Resume and headshot links can be found at the footer of each page.

Thanks for visiting, and enjoy your look around!

- Played "Jonathan" in The Play that Goes Wrong in my fifth appearance at Syracuse Stage!

- I made my Off-Broadway debut in The Daughter-in-Law with The Mint Theater Company.

- I joined the Westport Country Playhouse for the return of their Script-in-Hand reading series (and reuniting with longtime collaborator Mark Shanahan) for Murder by Misadventure.

- Fight directed and performed in Peter and the Starcatcher at White Heron Theatre.

- Traveled to Geva Theatre Center in Rochester, NY for the world premiere of Looks Like Pretty.

*unfortunately we never made it to performances, as our rehearsals were interrupted by the outbreak of the pandemic*

- Made my Riverside Theatre debut (and checked off a dream role) as Clown 2 in The 39 Steps.

- Made my Indiana Repertory Theatre debut and returned to Syracuse Stage (for a fourth time) as Juror 1 in their co-production of Twelve Angry Men.

- Closed out the Alley Theatre's 2018/2019 Season (making my Alley debut and reuniting with director Mark Shanahan on our fourth production together), as "Porthos" in The Three Musketeers.

- I returned to Syracuse Stage for the 3rd time, playing Garry LeJeune in Noises Off.

- I returned to the Alabama Shakespeare Festival - playing Fred in A Christmas Carol, and a slew of roles in Bear Country.

- I returned to Syracuse Stage - playing Aramis in The Three Musketeers.

- I returned to the Alabama Shakespeare Festival, playing gentleman safecracker Sidney Prince in Sherlock Holmes, and the shipwrecked prince Ferdinand in The Tempest.

- Made my Syracuse Stage debut, playing Herbert Pocket and several others in their 6 actor adaptation of Great Expecations.

-Kenneth Jones (playwright ofAlabama Story) and I team up again for a reading of his new play Hollywood Nebraska - part of The Actors' Company Theatre's New TACTics Festival.

- Performed in the regional premiere of The Dingdong, a new play by Mark Shanahan, produced by Florida Repertory Theatre.

- My work as Thomas in the world premiere of Alabama Story lands me a Broadway World Award nomination for "Best Actor!"

- Playing Fighting Prawn, Mack, Sanchez, Grempkin, and understudying Black Stache in Peter and the Starcatcher, a co-production between Arkansas Rep and TheatreSquared! The show plays to great audiences, and terrific reviews!

- Just signed with the Luedtke Agency!

- For the third consecutive year, I return to the Alabama Shakespeare Festival to head their summer theatre intensives, including an expansion to Georgia!

- I return to the Alabama Shakespeare Festival's Southern Writers' Project for the third consecutive year, and workshops a new play.

- Playing "Philiste" in The Liar at Gulfshore Playhouse in Naples, FL.

- I appear in the world premiere of Kenneth Jones's Alabama Story at Pioneer Theatre Company in Salt Lake City.  It plays to full houses and rave reviews (1, 2, 3) and is the most successful world premiere ever produced by Pioneer.

- Salt Lake's NBC affiliate runs a great piece on Alabama Story and the freedom to read in America!

- I got interviewed about life as an actor on the podcast hurryupandwait.

- Playing "Hal" in Proof at TheatreSquared.

- Interviewed about Proof on NPR.  Give a listen here.

- I perform in One Man, Two Guvnors at TheatreSquared, playing the octagenarian waiter "Alfie."

- I make my debut with The Actors' Company Theatre, reprising my role as Thomas in a developmental reading of Alabama Story.

- Returning to the Alabama Shakespeare Festival, I fight directd and teach at the Festival's summer theatre intensives.

- I return to Alabama Shakespeare's Southern Writers' Project for a second year, and workshops a new play by playwright Elyzabeth Gregory Wilder.

- I return  to the Alabama Shakespeare Festival and provide fight choreography for the upcoming Taming of the Shrew!

- Bayshore Christian Academy in Fairhope, AL brings me down for 8 days as an artist in residence!

- I return to the Alabama Shakespeare Festival to provide fight choreography for The Great Gatsby.

- I play the titular role in the Accidental Shakespeare Company's Cymbline.  As a part of Accidental's "Hit & Run Shakespeare series," this one-night-only production saw the actors arrive fully memorized and perform the play for a live audience without rehearsal, sets, or a director.  Hilarity, and magic, ensued.

- I return to Alabamas Shakes to fight choreograph the first show of the season - Romeo and Juliet!

- I head back to NYC and start the hunt for the next project!

- I serve as a teaching artist for the Alabama Shakespeare Festival's State Youth Theatre and Camp Shakespeare summer programs, teaching acting and stage combat to middle and high school students.

- I proudly become a member of Actors Equity Association.

-The Alabama Shakespeare Festival begins 2 weeks of rotating repertory, bringing back every show produced since January!

- I'm asked to workshop and perform Alabama Story and Somewhere on a Side Street in the Southern Writer's Project playreading festival.  Both plays will have their world premieres in the festival.  Alabama Story is written by Kenneth Jones and directed by Karen Azenberg, and Somewhere on a Side Street is written by Sarah Jane Kachelmann and directed by Nancy Rominger.

-Twelfth Night heads out on the road, and will tour Alabama, Georgia, Florida, and Mississippi!

-Twelfth Night sits down for a week of performances in ASF's 250 seat Octagon Theatre before heading out on tour for the month of April. The show is met with enthusiastic audiences and great reviews, with one describing Seth's portrayal of Orsino as "close to perfection."-To Kill a Mockingbird plays to great reviews (1, 2) and sold-out performances!

-To Kill a Mockingbird starts rehearsals, with me understudying Atticus Finch, and serving as fight choreographer.

-Macbeth rehearses and opens, with me playing Donalbain and Young Siward, as well as understudying the title role.  I also provide the fight choreography for the production.

- I appear in A Christmas Carol at ASF, playing numerous roles as well as understudying Charles Dickens, Bob Cratchit and the Ghost of Christmas Yet to Come.

-The Adventures of Tom Sawyer plays to full houses and great reviews.

- I arrive in Alabama and begins his 9 month contract with the Alabama Shakespeare Festival.  First up, he'll be playing Muff Potter and a slew of other roles in The Adventures of Tom Sawyer.  I will also be serving as fight choreographer for the production.

-I originate the role of intrepid explorer Ashley Lancaster in the premiere production of Friend of the Devil.

-I appear as Thurio and Panthino  in the Lake George Theatre Lab's production of The Two Gentlemen of Verona.

-I wrap production on a voice-over recording of The Winter's Tale, playing Autolycus with the New York Neo-Classical Enemble.

-I appear in the premiere reading of Friend of the Devil, by Forrest Leo, produced by Pipeline Theatre Company.  I will also appear in a workshop of the play in August.  Check back for details!

-I participate in the One Act Factor Festival at the Secret Theatre, under the direction of Paula D'Alessandris, making it all the way to the finals.

-"The Men's Room" team is currently developing a web series based on the live show.

-I shoot the pilot of "We're Never Getting Married," a web series produced by the award-winning Buffalo Picture House.

-I tap dance my way through The Time of Your Life as Harry, produced by the Attic Theater Company.

-I stas in the short film, Pay-for-View.

-I join the cast of The Time of Your Life, produced by the Attic Theater Company.

-I star in the independent short film, Still.

-I perform in a reading of End Times, a new play by Monica Hammond.-Seth participates in a staged reading of I's Twinkle, a new musical by Nate Weida, produced by Pipeline Theatre Company.

-Episode 3 of "The Men's Room," has its premiere at The Duplex.

-I star in the sci-fi short film Apache.

- I shoot The Body, an NYU Tisch film, serving as both an actor and stunt coordinator.

- "The Men's Room" airs 2 episodes, a rerun of the pilot, and the premier of episode 2.

- I fight direct Felix & The Diligence, a new comedy produced by Pipeline Theatre Company. My work also gets a shout-out in nytheatre.com's review.

-I appear as Bill Ray in On Golden Pond at The New Rose Theatre, directed by and starring two-time Tony nominee Samuel E. Wright.

-I appear in the first episode of "The Men's Room," a monthly episodic performed live at The Duplex.